Utopia? Some Thoughts on Europe in the Performing Arts

The title of the conference that took place in the Dance Studies department of the University of Salzburg on January 23rd and 24th—Post-utopia and Europe in the performing arts—was an invitation to grapple not only with the subject matter announced, but also with the very conception of its terms. The interdisciplinary contributions to the conference—from dance studies, musicology, literature, cultural policy and film studies—presented a multifaceted range of ideas both about Europe and European-ness and about (post-)utopia, pushing and pulling the notions in a tense field of reflection.

Milena Dragićević-Šešić, in her keynote speech, spoke of former Yugoslavian countries as “semi-peripheral” Europe. This expression pointed not only to the internal inequalities tilting the balance of representation in favour of certain parts of Europe, but also to the constructed nature of Europe and its limits: the continent’s boundaries are not geographically determined absolutes, but, to a certain extent, “politics masquerading as geography” (Delanty 1995: 49). To acknowledge Europe as a socio-political and cultural construction is to ask crucial questions about the agents—be they political entities like the European Union or certain segments of the population—vested with the power to define and formulate this construction. But it is also to recognize the radical consequence of the notion’s constructability: its potential to be reconstructed, also by bottom-up, grassroots, intra-individual initiatives. Thus Alexandra Kolb, relating to a UK context marked by Brexit and the closed Calais crossing, referred to the notion of relational citizenship (cf. Cox 2018, den Otter 2019), that which develops between people and not between a person and a state; and Martina Fladerer proposed the term “Europing” as the act of “doing Europe”, a performative gesture through which Europe can come about (anew).

The re-scriptability of Europe in its turn accentuates the importance of narratives in the construction of European-ness. In a recognition of the fact that the stories we tell of our past co-determine our positions in the present (cf. Foster 1996: xii), Dragićević-Šešić stressed the necessity to multiply, diversify, and de-hierarchise the narratives that tell the story of Europe, in order to counter what she termed a “social trauma of silence” produced by the neglected or actively excluded histories the continent carries without admitting it. Dissecting the ways in which narratives of Europe are always and already structured, Nicole Haitzinger analysed stagings of the figure of Europa—the mythological Phoenician princess whose kidnapping and potential sexual assault is at the source of the continent’s fiction—in a reminder that this fiction is both gendered and populated by cultural traces of territories that are today not considered to be in Europe. Arianna Fabbricattore, in her keynote speech, interrogated narrativity as the basis for collective identity, allowing to touch upon a question underpinning the conference: is Europe the level, realm and mental-physical space in which collectivity is to be built?

The narratives of Europe can, as the conference’s title warned, be utopian as well as post-utopian (and, at times, dystopian). Ivana Müller’s artist talk pointed to the possible content of current European utopias—ecology, anti-capitalism, social justice for non-dominant identities—while Massimo de Giusti and Martina Fladerer probed the limits of (utopian) community in glossolalic moments of no, or beyond, understanding. But the discussion also focused on the importance of recognizing the ethical and political import of our very definitions of (post-)utopia. While Inge Gappmaier gave a Foucauldian, chronological reading of the term, Alexandra Kolb differentiated between utopia—the place that is not—and eu-topia—the good place; responding to the risks of uncritically equating Europe with utopia or of dislocating European visions from the real, Nicole Haitzinger posited utopia as a way of criticizing the present and therefore as a basis for the invention of different forms of life.

The construction of European utopias—as well as the reflection of the notion’s post-utopian features—was identified by contributors within stage works, underlining performance’s potential to develop, transmit, shift, subvert or at times confirm narratives of European-ness. Europe appeared as (a) staged figure(s) – present in works ranging from 17th-century court ballets discussed by Arianna Fabbricattore to European modernity and contemporaneity. An intermedial presence, Europe was in these examples choreographed and embodied, filmed and edited (as described by Olivier Delers), written and spoken. As such, it oscillated between the so-called—repeatedly affirmed even though continuously countered by critical dance studies—mutism and universalism of dance’s kinetic language on the one hand and localized, translatable choreographic articulations, exemplified by the works Ivana Müller presented in her artist talk on the other hand; between language as a basis for community and language as a territory of potentially constructive mis/understanding, echoing Massimo de Giusti and Martina Fladerer’s talks.

This staged, choreographed Europe was juxtaposed to the one underlying and framing choreographic production itself. From a critical discussion of the globalized system of National Dance Platforms by Gustavo Fijalkow to a presentation of artist-led festival initiatives by Alexandra Baybutt and from there to my own analysis of European-ness as a projected cultural pole influencing discourses, practices and forms of regional and national dance, the conference approached Europe as a parameter contributing to structuring contemporary dance fields and therefore indirectly present in the forms and voices they create. Far from a one-way determining force, this parameter was seen as part of a web of interrelated—and at times conflicting—initiatives, ranging from the (trans)local to the national, from the regional to the European. A panel discussion including representatives of the free scene (Julia Schwarzbach, Theresa Seraphin), performing arts and educational institutions (Karin Bitterli, Angela Glechner, Christoph Lepschy, Katharina Schrott, Theresa Seraphin), and centralized schemes such as Creative Europe (Elisabeth Pacher), confirmed the image of a multi-level field in which pragmatic negotiations and creative solutions are much more present than a top-down determinism. While conference participants pointed to the pressures to which artistic and cultural production is confronted—Milena Dragićević-Šešić referred to the ubiquitous necessity of ‘creative industries’, efficiency and impact, as well as market pressures and global homogenization—they also presented initiatives that stubbornly create “conditions for things to happen”(Alexandra Baybutt). It is these conditions—their what and how but also the agents capable of bringing them about and the modes of collaboration between them—that one now needs to interrogate, in order to address the potential of ‘European’ performing arts not as an bound category but as a critical space.

den Otter, Eline: Dual citizenship: the top-down versus the bottom-up approach. How the two approaches come to different conclusions regarding the consequences of dual citizenship for the state of residence, Master’s thesis, University of Leiden Institute of Political Science 2019.

Foster, Hal: The Return of the Real. The Avant-Garde at the End of the Century. Cambridge/London: MIT Press, 1996. 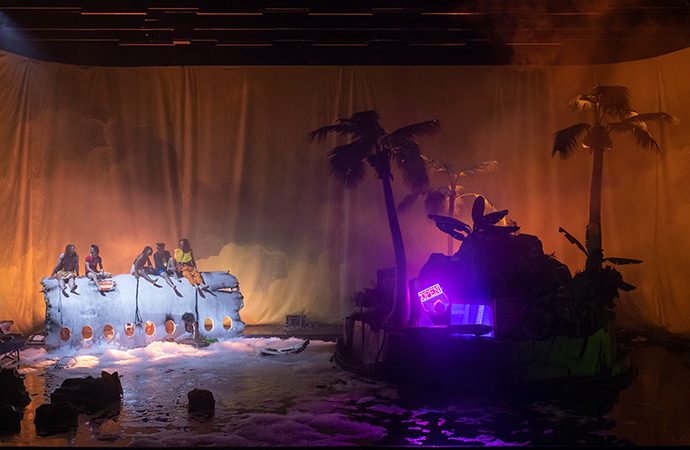