The idea of „modern art“ in Renaissance Italy

The Italian Renaissance has long been studied as a point of origin for „modern“ ideas about art. This approach, which can be traced back to figures like Giorgio Vasari and Jacob Burckhardt, remains central in scholarship on Renaissance art to this day. For example, on the first page of a recent textbook on Italian Renaissance art, Stephen Campbell and Michael Cole begin by laying out two contrary views of the period. To Renaissance writers like Lorenzo Ghiberti, they explain, the Renaissance meant the rebirth of classical antiquity; „to others, however, it has seemed that the importance of Italian art after about 1400 lay not in its return to origins but in the emergence of something entirely new and characteristically modern – the idea of art itself.“[1]

In recent decades one of the most widely influential representatives of this latter view has been Hans Belting’s classic book, Likeness and Presence: A History of the Image before the Era of Art, in which the Renaissance marks a period of transition from „the era of images“ into „the era of art.“[2] In the Middle Ages, Belting argues, a principle function of images was to embody the unmediated presence of the sacred, but this function was disrupted by the Renaissance and Reformation, when images instead came to be treated as works of art, governed by conventions of authorship and aesthetic interpretation.

While this outlook has certainly made a lasting contribution to Renaissance art history, it has also given rise to certain blind spots and misconceptions in the field. For example, it is often assumed that the word „art“ underwent a radical change of meaning in the Renaissance, anticipating the later, post-Enlightenment notion of the „fine arts“ as an autonomous field of creative activity.[3] However, close readings of period texts often suggest the opposite. Michael Cole, for example, drew this conclusion in his important study of the Florentine sculptor Benvenuto Cellini: „Cellini’s art and writing suggest that the kind of practical reason that Aristotelian tradition had long associated with the mechanical arts is the kind of thinking that really matters.“[4] Hans Belting made a similar observation about Giorgio Vasari’s Lives of the Artists (1550/68), the most canonical history of art written during the Renaissance. In Vasari, Belting writes, the Italian word arte „carries the double meaning of a learnable craft and an objective science“: in other words, it continues to operate within the established, medieval scheme of mechanical and liberal arts.[5] For this reason, Likeness and Presence was explicitly not about the „idea“ of art, but rather the „function“ of art: Belting’s argument, ultimately, is that the Renaissance began to treat images as art before it was possible to describe them fully as such.[6]

My recent book, Painting as a Modern Art in Early Renaissance Italy, takes a different approach to these traditional themes. Rather than seeking out correspondences between Renaissance and modern ideas about art, it accepts the definition of „art“ (ars) found in Renaissance sources, and strives to understand how artists and writers of the period themselves thought about the prospect of „modern art“ (ars moderna). Focusing on a group of sources written between the 1390s and 1440s, it finds that throughout this period, the idea of art remained remarkably consistent with standard definitions passed down from medieval times. That is, art continued to be conceived as recta ratio factibilium: a phrase that can be translated loosely as „the right way of making things“ – the surest, straightest path to the best results.[7]

Art historians have traditionally dismissed this concept as irrelevant to the analysis of painting and sculpture, arguing that it defines art as a mere means to an end, encompassing what would today be classified as „skills,“ „crafts,“ „technologies,“ and scholarly „disciplines,“ rather than singling out the distinctively „aesthetic“ qualities of painting or poetry.[8] These objections are valid to an extent, but they fail to recognize the intricacy of the medieval concept and its centrality to the practice of painting in the period. While it is true, for example, that virtually any field of productive activity could be conceived as an art in the Middle Ages, boundaries still existed between art and non-art, such that it was possible to paint with or without „art,“ and similarly, to evaluate paintings with or without the criteria specific to „art.“

In Painting as a Modern Art, I argue that this type of distinction meant a great deal to Italian artists and scholars in the early phases of what we now call the Renaissance. To see this in practice, we can compare two sources written in Italian around the 1390s, one by a painter, Cennino Cennini, and the other by a literary writer named Franco Sacchetti. Both discuss the historical legacy of Giotto, the famous Florentine painter who died in 1337, and both situate Giotto’s legacy in relation to „modern“ developments in painting. However, they do so in starkly different ways.

Cennini describes Giotto as the founder of a modern „art“: in his words, Giotto „changed the art of painting from Greek into Latin and made it modern.“[9] He makes this statement in a handbook on painting that is largely concerned with practical instructions, such as how to grind pigments, how to prepare a panel, and how to apply paint. As I show in my book, however, the form and conceptual parameters of Cennini’s text are the same as those in a wider genre of medieval handbooks on the „arts“ (artes), and within this genre, there was already a well-established sense of what it meant for an art to be „modern.“ Within this paradigm, to make an art modern was to put it on a new foundation in „science“ (scientia) and rationalize its procedures accordingly, aligning the step-by-step process of production with the same underlying chain of cause and effect that lent structure and order to the workings of nature itself.

Cennini explicitly presents Aristotelian color theory as a foundation for the art of painting.[10] The difference he describes between the „Greek“ and „modern“ art also corresponds with a concrete, step-by-step difference in the application of color, as becomes evident on comparison with a recently rediscovered fragment from a Byzantine treatise on painting.[11] In the case of painting faces, for example, the Byzantine method distributes a variety of subtly contrasting hues across the shadows and highlights, as if to evoke the shifting, contingent appearance of a face in everyday conditions of ambient and reflected light. By contrast, Cennini’s method aims to paint how color ought to behave according to science – a pure, harmonic relation of hues, uncorrupted by the contingencies of perception. The difference thus reflects the way Cennini defines the „task“ of painting in his prologue: „to discover things not seen, hiding themselves under the shadow of natural phenomena, and to fix them with the hand, presenting what does not actually exist.“[12]

A very different view of modern painting arises in the second source on Giotto’s legacy mentioned above: a short story (novella) written by Franco Sacchetti in the 1390s. [13] Sacchetti recounts a debate held among the leading Florentine artists of the mid-fourteenth century as to who the greatest painter had been aside from Giotto. Alberto Arnoldi, a prominent sculptor of the time, „resolves“ the debate by arguing that a group of „modern painters“ had in fact superseded Giotto: the women of Florence, experts in their use of makeup. In support of this claim, Alberto embarks on a long, detailed description of the feats of modern makeup: the improvement of complexion, the straightening of the nose, the reshaping of the eyes, the softening of the chin line, and so on.

As I show in the book, each and every one of these cosmetic transformations corresponds with a conspicuous visual difference between „Greek“ and „modern“ paintings – a correspondence that has to be understood in light of the broader trajectory of painting in this period. Before Giotto’s lifetime, for example, the Virgin Mary had typically appeared as a venerable old matron, her neck, hair, and forehead hidden behind hoods and undergarments in the traditional Byzantine manner. Giotto was among the first Italian painters of his time to reveal her hair, and in his wake, the Virgin was increasingly represented as an attractive young maiden. Indeed, by the middle of the fourteenth century – when Sacchetti’s story was set – the costumes of fashionable young ladies in paintings had become virtually indistinguishable from those of the Virgin herself. Against this background, Alberto’s speech amounts to a fairly accurate description of one prominent aspect of modern painting. As he puts it, painting was getting better and better simply because it was depicting more and more beautiful people: people with better-shaped faces and blonder hair.

In Sacchetti’s story, the leading painters of Florence all react to this view as a ludicrous joke – an utterly laughable way of looking at modern painting. The speech must therefore be understood as ironic, targeting a certain way of seeing and understanding modern painting, rather than the achievements of modern painters themselves. The implication is as follows. If modern painting was merely a matter of physical beautification, then recent, more „modern“ painters could in fact be considered superior to Giotto. By the same token, however – and this was truly deplorable in the eyes of a misogynist like Sacchetti – modern painting would amount to little more than cosmetics. In the end, the object of Sacchetti’s criticism is an outlook that conflates the beauty of paintings with the beauty of the people that they represent, failing to recognize the intrinsic character of painting as an „art.“

What divides these two accounts of Giotto, then, is the concept of „art“ itself: Cennini sees Giotto through the lens of „art,“ whereas Sacchetti parodies a way of praising him that leaves „art“ entirely out of the equation. A historical relationship between art and modernity thus emerges from these sources that has nothing to do with the birth of a new, distinctively modern idea of art. Rather, in both cases, it is the medieval concept of art as recta ratio factibilium that shapes and conditions what it means to be „modern.“ For in this period, as throughout the Middle Ages, the word „modern“ was still commonly used in an entirely prosaic way, synonymous with words like „recent.“ In this sense, by 1350, the figures in more recent paintings really did look more charming, more fashionable, more beautiful than in Giotto. To insist that Giotto remained „modern“ for decades and even centuries after his death was to cut against the grain of the word, prolonging the present that it encompassed. Cennini achieves this by locking Giotto’s legacy into what we might call an artificial present – a present palpable only to those familiar with the terms of the art. 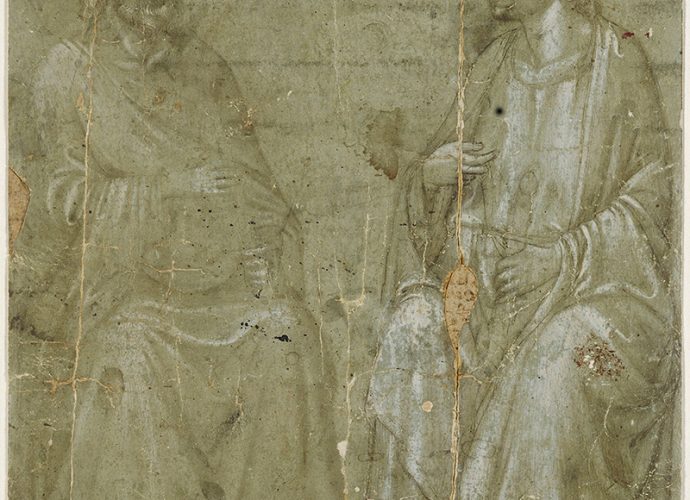