Milk and Honey. Utopias of Plenty

Concept: Irini Athanassakis and Romana Sammern, Inter-University Organization Science & Arts, a cooperation between the University of Salzburg and the Mozarteum University Salzburg

The exhibition will be continued in Salzburg, Austria, October 2022 – December 2022 at the enter: Kunstraum of Science & Arts in cooperation with students of the University of Salzburg and the Mozarteum University Salzburg (https://w-k.sbg.ac.at/veranstaltung/ausstellung-milch-und-honig/).

Milk and Honey are gifts. These exceptional and complex substances are both, natural and cultural bonds. They are the promise of plenty, abundance, happiness figuring in many mythologies and cultures. In the Old Testament they stand for the Promised Land. Although these liquids are well known, produced and marketed in mass distribution, there production is best in a natural environment: they are just not the same on a well-preserved island such as Kea Island, known for its honey and dairy production, as in a downtown supermarket. Their quality and health benefits are based on pure nature and a mutual beneficial co-operation of animals and humans, avoiding over-exploitation. But bees are endangered on a planetary level what might lead to an ecological disaster, as they are crucial for plant fertilization. And the milk complex needs to be reconsidered, as mass production is most unsustainable. Climate change, easy money with tourism and the exodus of rural areas are a major challenge, also on Kea. Could some examples of good practice on a small island serve as a model for other places and (re)create a Biosphera?

Addressing myths and ecologies surrounding milk and honey production on Kea island, this project connects archeological and cultural texts and objects with some pieces and approaches of contemporary art. Some questions may arise that might become of interest for many rural places wishing to evolve with nature and contemporary approaches towards sympoiesis. 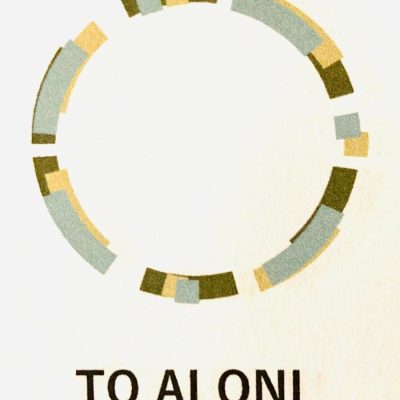 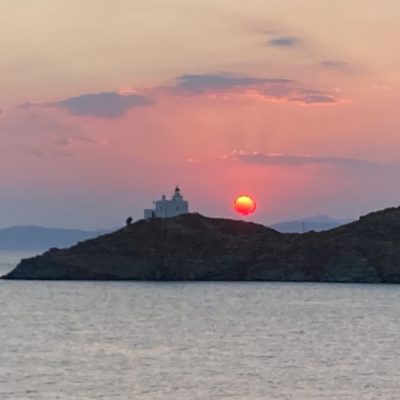 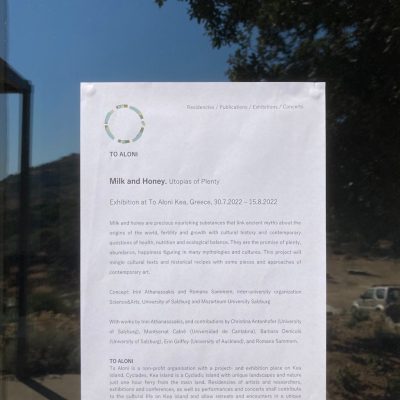 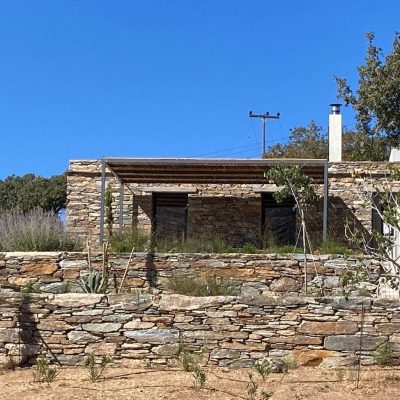 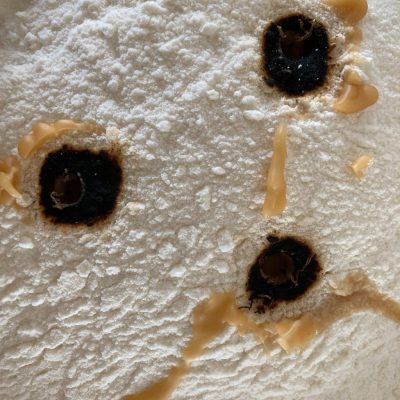 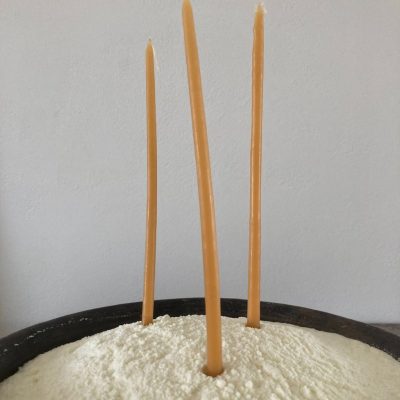 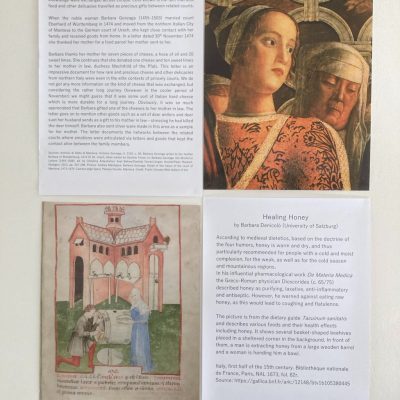 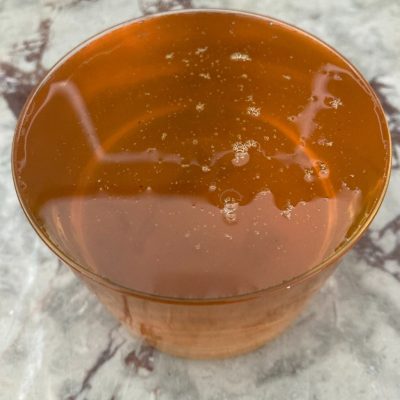 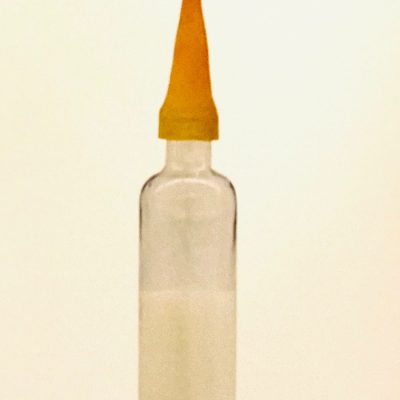 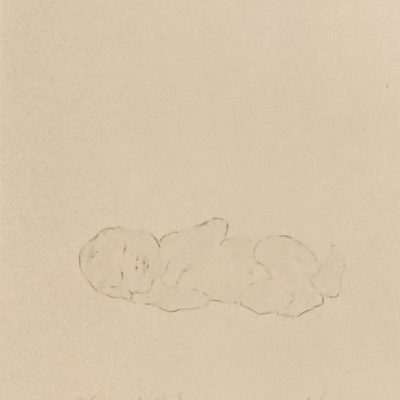 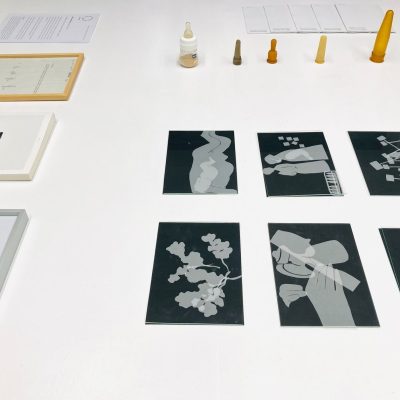 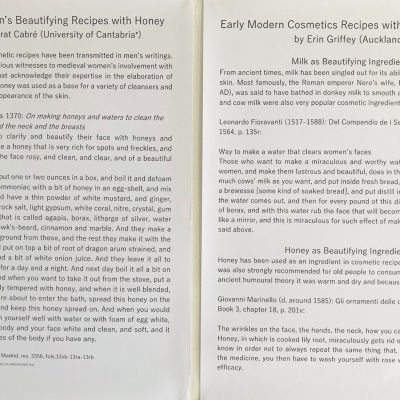 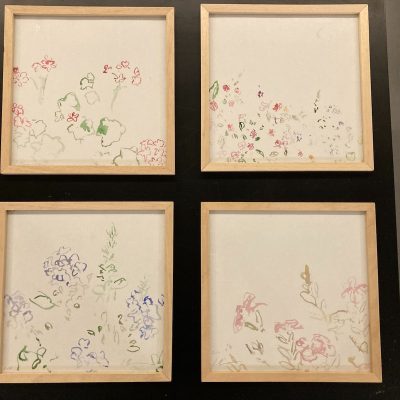 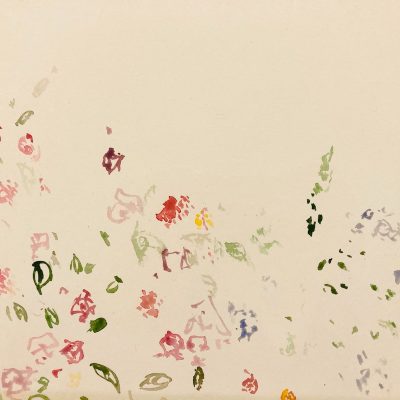 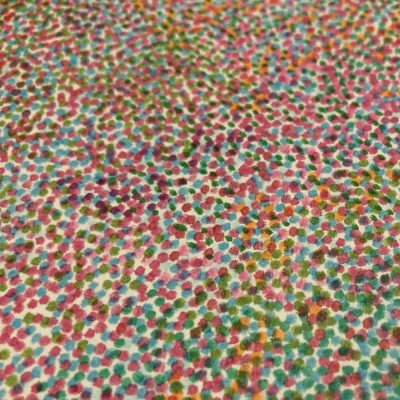 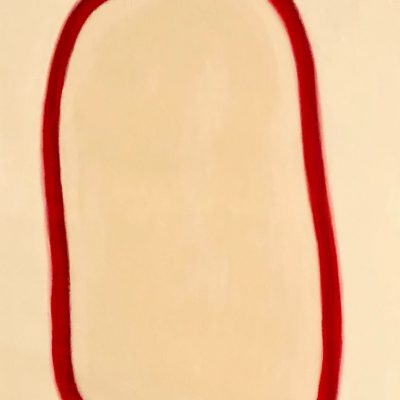 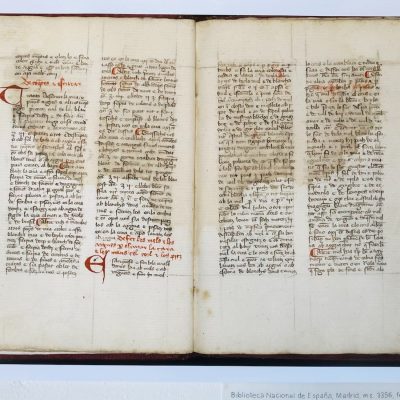 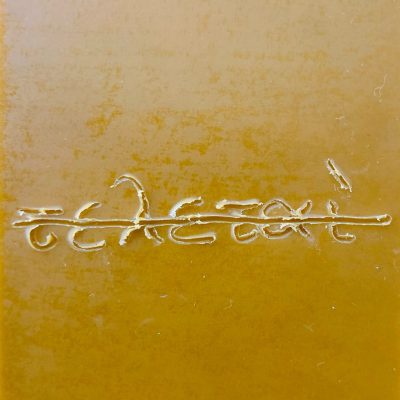 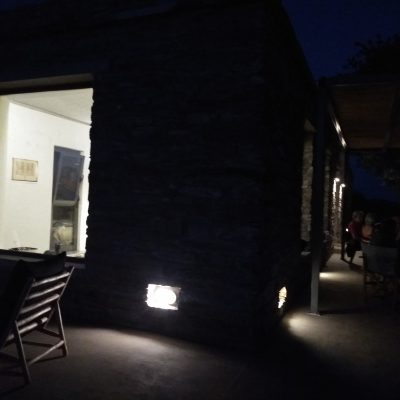 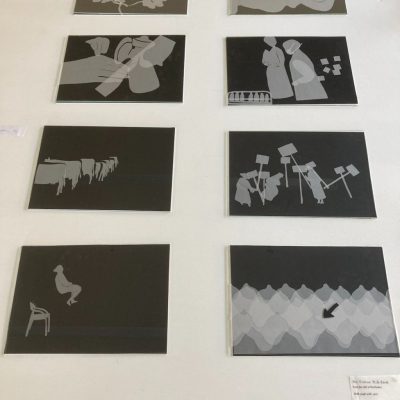 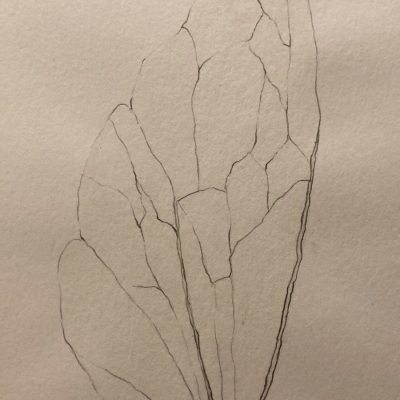 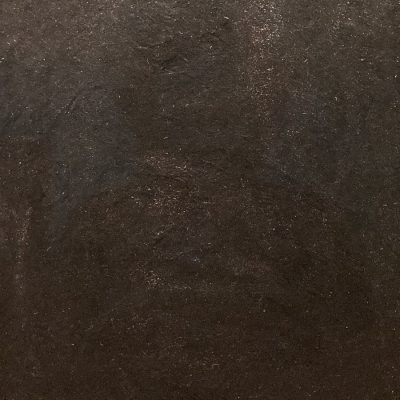 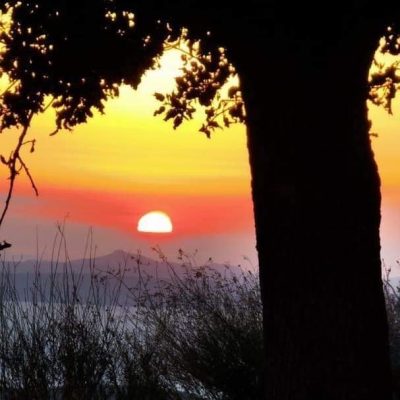 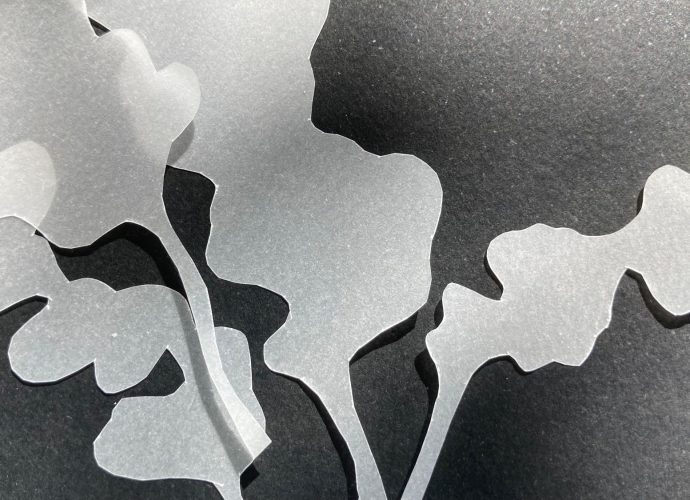