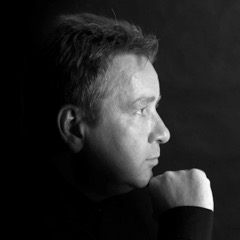 Ludwig Nussbichler, born in 1963, started playing the guitar and piano at an early age. He studied French at the University of Salzburg as well as music education, guitar and composition at the Mozarteum University Salzburg. He wrote his thesis on Alban Berg’s Lyrical Suite. In 1996 he attended the master class in composition at the Summer Academy of the Mozarteum University Salzburg with Friedrich Cerha. Nussbichler wrote commissioned works for the ORF, Vienna modern, the Lower Austrian Tonkünstler Orchestra, the International Mozarteum Foundation, the Vienna Musikverein, the Ensemble Kontrapunkt, the Austrian Chamber Symphony Orchestra, the Danube Festival Krems, the Hilliard Ensemble, the Mozarteum Orchestra Salzburg and the duo Patricia Kopatchinskaja and Christopher Hinterhuber. His compositions have been performed in Austria as well as in Germany, the UK, Russia, Japan and the United States. Nussbichler lives and works in Salzburg and was appointed municipal music school director in 1997. He teaches composition and music theory at the Musikum in Salzburg. Since 2015 he has been teaching improvisation and composition at the Pre-College. As a music dramaturg, he has directed and curated the festival Aspekte since 2006.